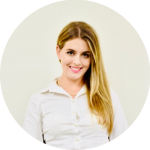 Sarina Eggers-Stable is a qualified solicitor admitted with the High Court of Australia and Supreme Court of Queensland. Sarina is a Director of leading Australian business Business Kitz, Partner of Legal Kitz and Director of Lux Whitsundays, a luxury sailing business based in the Whitsundays, Queensland. In 2018, Sarina was appointed as an Advisory Board Member for Flexi Flow, an educational training provider for schools and government departments.

Sarina is known for her in-depth commercial and employment, intellectual property and technology legal experience and knowledge. Sarina previously worked as a solicitor for Australia’s largest top-tier law firms across the corporate and commercial/intellectual property, mining, technology and employment teams, gaining experience in high-end national and international transactions and acting for Australia’s largest listed companies.

Sarina has also previously held a senior role with Griffith University, one Australia’s largest universities where she was responsible for negotiating the university’s commercial contracts and arrangements and assisting with the management and commercialisation of the university’s intellectual property.

Sarina offers excellent business acumen. One of Sarina’s notable achievements was Sarina’s role in the successful commercialisation of a multi-faceted human resource company’s intellectual property assets by the age of 21. Sarina was awarded a ‘Bond University Dean Academic Scholarship’ to study a Bachelor of Laws and a Bachelor of International Relations at Bond University. Bond University Dean Academic Scholarships are awarded on the basis of ‘outstanding academic results and other achievements’. Sarina graduated with a Bachelor of Laws over 10 years’ ago, at the age of 20.

Sarina has been engaged in various community organisations and was appointed as the Executive Officer for the Red Cross International Humanitarian Law Committee from 2011 – 2016. Sarina has been recognised as ‘Australia Day’s Youth Citizen of the Year’ and also received an ‘Order of Australia Association Community Service Award’.

Sarina is highly regarded by her peers for her strong work ethic, trusted advice, commercial acumen and ability to develop and maintain positive working relationships. 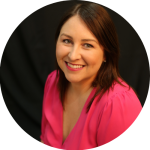 Amy Ward is a qualified solicitor admitted with the High Court of Australia and Supreme Court of South Australia.

Amy has over 12 years’ of experience working in the private and public sectors. Amy has worked in private practice for Norton Rose Fulbright and K&L Gates and has also worked in-house for senior government entities including the South Australian Government, Abu Dhabi Tourism & Culture Authority, Dubai Multi Commodity Centre and Oman Tourism Development Company. Amy has previously worked in Australia and in several regions in the Middle East including Abu Dhabi, Dubai, Bahrain and Doha.

Amy’s expertise lies in assisting clients to identify commercial, operational and reputational risks and to use legal tools and solutions to mitigate such risks. Amy brings a number of unique qualities to Legal Kitz including a commitment to executing projects to agreed timeframes; an ability to think creatively and outside the box for solutions; an attention to detail that ensures documents are accurate and professionally drafted and an ability to deliver legal solutions that are commercially driven yet comprehensive.

Amy recently worked as in-house counsel at Wine Australia, the federal regulator of the Australian wine industry. Amy has a Masters in International Development, has studied Arabic in the Middle East and has worked for ActionAid (Palestine) and ActionAid (Australia). 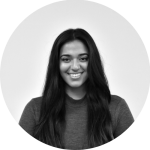 Tanya Bali had over 7 years’ work experience before joining Legal Kitz and has quickly progressed to a Senior Paralegal and now leads a team of 4 paralegals. Tanya has recently returned from a 2-month secondment at one of the firms’ public mining services clients where she assisted the company, in-house, with their workplace, human resource and commercial matters. Previously, Tanya worked for an international copyright company whose offices are based in Hong Kong and London.

Tanya is a final year law student with considerable experience in corporate and commercial and workplace matters. Tanya has also won a number of negotiation and client related competitions, including the Ashurst Junior Negotiation Competition and the College of Law Client Interview Competition.

Tanya’s experience and leadership skills are also strengthened from a number of her extracurricular activities. In 2015, Tanya was crowned Miss India Australia where she went on to represent both Australia and India on an international platform and learnt excellent diplomacy and teamwork skills.